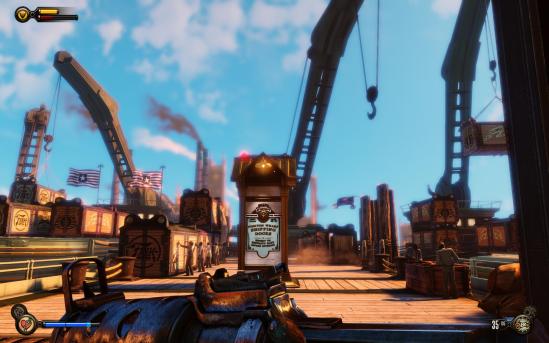 NOTE: First off, what do I mean by open ended games? Like with my open world games article, I’m using the term ‘open ended’ very loosely here to mean any game, book, movie, etc… that leaves some of the main issues unresolved or open to interpretation by its end and not necessarily something as completely open to different readings as say Inception is. Of course, that means that I’ll have to discuss the endings to a few games, but only in so far as to say they’re open-ended and in what way. I definitely don’t want to spoil anything for you guys, so rest assured that’s about as detailed as I’m going to make my descriptions of any endings.

It’s interesting, because when I was doing my research for this article, I realised that there aren’t a ton of open-ended games out there. The main three that I’ll be discussing are BioShock Infinite, Mass Effect 3 and Far Cry 3. There are others, but honestly, not many. I didn’t find this hugely surprising considering the reaction from the gaming community to many of the games that have left questions for players at its conclusion. All three of those games I just mentioned seemed to generate a lot of anger (not necessarily a majority in every case, but enough) about the open-ended nature of the game. With any games of this nature, there often seems to be a significant portion of fans who write off the experience simply because they wanted something more definitive or because still have many unanswered questions about motive, theme or just what happens afterwards. In the most extreme cases, it seems some people think that just because they didn’t understand the ending, it must make no sense at all. I don’t necessarily blame fans who think this way, because the history of games has done little to dissuade them from this line of thinking. Games on the whole have been uncomplicated pieces of entertainment about heroes and villains and end either tragically or happily, but at the very least definitely end. I’m not saying that all the open-ended games I’ll be discussing have amazing or even good conclusions or that all games should end that way. My thoughts on this matter are simply that this is another instance where I feel developers are hampered from being creative by the expectations of the gaming community and that to grow and mature as an art form there needs to be more games that aren’t afraid to leave much to the imagination.

END_OF_DOCUMENT_TOKEN_TO_BE_REPLACED

Wow. There are so many things I could say about Bioware’s last piece of DLC for the much-loved Mass Effect trilogy, but I’ll try to just tell you why I think this is for me the best DLC out of the Mass Effect franchise and possibly even the best story arc in the whole series (not from a technical standpoint, but because… well you’ll see). Also, anyone who’s played this series will understand why this DLC in particular is so personal and there are many things that I feel you just have to experience for yourself. It’s truly one big farewell party, a way to hang out with the friends you’ve made over the years and it gives Shepard the rare chance to let his or her (metaphorical) hair down and just enjoy their company with no Reapers to worry about in the immediate. This is not going to be a long winding review about its merits. Instead think of this more as a recommendation. I would basically suggest anyone who’s a Mass Effect fan buy this if they can, because I absolutely thought it was worth every penny. However, if you’re one of the people who won’t be happy unless Bioware changes the ending, then I’m sorry to say you probably won’t be appeased by this, so in that case, it’s up to you to decide whether you feel this is worth playing. I wasn’t a fan of the ending, but it didn’t ruin the whole experience for me and the Extended Cut DLC pretty much addressed my main issues with it and left me at a place where I was fine with it, so for me this was truly the icing on the cake, something that will leave me glowing for a long long time. That’s the last I’ll say about the ending, because I don’t want this post to be about that at all. That’s not what ‘Citadel’ is about. It’s for the people who still love the series and who want to come back for more. Yet, it still felt like a real finale, a true ending, even if it wasn’t the last mission.

END_OF_DOCUMENT_TOKEN_TO_BE_REPLACED

Rumours have been abound all over the web today about the PS4 after Sony put up a video last night that said literally nothing about anything other than promising that we will “see the future” on Feb 20.Of course, pretty much everyone is assuming that this means a PS4 announcement before E3 where it was originally expected to happen. Check out the video below for yourself:

The use of the official PlayStation logo has hinted towards this and to be honest, at this point if they don’t make a PS4 announcement on Feb 20 there will probably be blood (not a threat, just an observation)!

END_OF_DOCUMENT_TOKEN_TO_BE_REPLACED 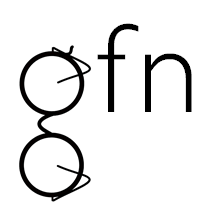 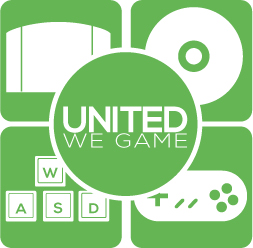 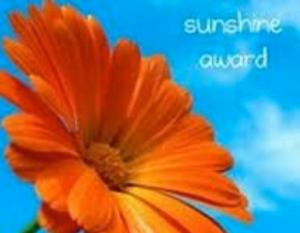